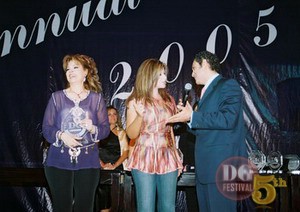 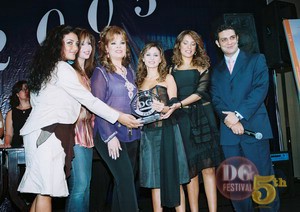 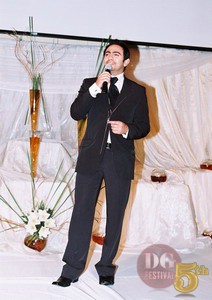 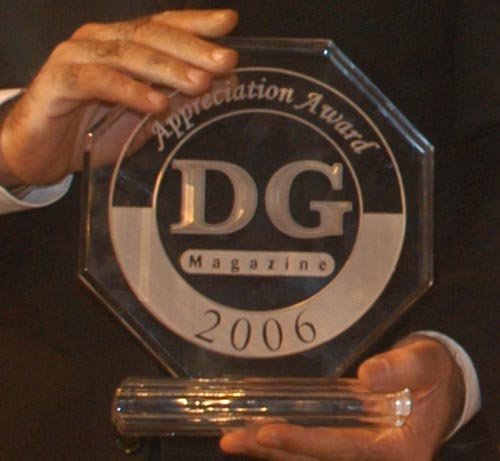 What is DG festival?

DG festival (The best of the year) is one of 's best festivals solely dedicated for choosing the best of the year following voting system via the company web-site in addition to hard copies questionnaires and video voting. It is a marathon between companies and/or individuals. From June till October of each year the voting take place in which people votes for their favourites all over the year.

The most popular media channels starting by radio stations, TV channels, different newspaper and magazines have always paid great attention to DG festival. During the Festival, they conduct and broadcast interviews, editorial articles and reports.

-         Corporate companies product, celebrities, movies, songs can participate in the Festival, provided that the winners should attend the award ceremony.

- The management reserves the right to reject or disregard any of the winners according to the policy and rules of the festival.

- In case any of the winners did not show up in the award ceremony date and/or have chosen not to attend the ceremony will then not be included in the following two upcoming festivals due to the none-respect shown toward the voters.

- DG festival awards are split into two category, appreciation awards chosen by the DG festival committee and awards according the voting system which took place.

- There are no limits to age for participating in the voting.

-         The voting results are reviewed daily prior the final results and all repetitive participant in the voting will be deleted.

Do not forget that DG festival is the best and foremost an occasion for awarding the best of the year in both corporate and entertainment fields each year. If the above rules seem restrictive, it is because they are in place to prevent a minority spoiling it for a majority. DG festival stands for credibility, fairness, fun and appreciation. If you require any further information, do not hesitate to contact our Organizational Secretariat.